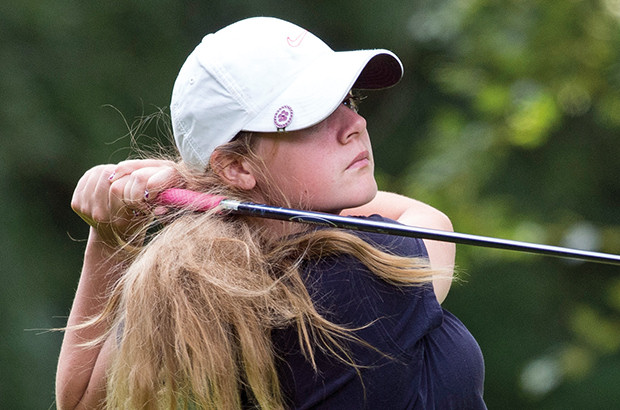 ENGLAND Under-16 squad player Charlotte West beat a professional field at Chestfield to win on the WPGA One Day Series.

The 16-year-old was the only amateur in the field and she shot level-par 71, pipping Catherine Panton-Lewis of The Berkshire on countback  to win the trophy.

Charlotte, from Harewood Downs in Buckinghamshire, said afterwards: “It’s a shock really, it hasn’t sunk in yet. I played steady, kept my head down and focussed on what I was doing.”

The WPGA has opened up entry to its  popular One Day Series to U16 and U18 girls from England Golf’s regional squads to give them the chance to develop their skills in a tournament arena.

Rebecca Wood, the England Golf Women’s Performance Manager, said: “This is a fabulous result for Charlotte, the lone amateur in the field. England Golf are very proud of the players who are taking up these opportunities to test themselves against professionals and delighted about the results so far.”

Three squad players have already claimed runners-up places in the first two events of  the series: Bel Wardle, 14, from Prestbury, set  an amateur course record and was second in  the first event at Dunham Forest, Cheshire, whilst Cloe Frankish, 15, from Chart Hills in Kent, and Aimee Wilson, 18, from Mickleover in Derbyshire, were in a three-way tie for second place at Little Aston, Staffordshire.

Charlotte, a past Buckinghamshire champion who trains with England Golf’s Thames Valley Squad, had already played in one event before teeing up at Chestfield and, although she didn’t figure at Dunham Forest, it gave her the determination to do better. “I wanted to prove  to myself that I could play well in competitions like this,” she said.

She set about doing just that at Chestfield  with a round which included four birdies, balanced by four bogeys, and among the highlights was a chip-in for two on the short fourth. She reached the turn in level-par and, although she dropped shots on ten and 11, she got them back with birdies on 13 and 15. Her level-par back nine gave her the edge in the countback for first place.

Charlotte, who is currently taking GCSEs, reckons her squad training has improved her golf: “It’s helped me to think about and understand my game and I know the areas to work on,” she said.

She also revealed that she learned a lot  from playing alongside the WPGA professionals. “They manage to get themselves out of  trouble and their course management is  good,” she said. 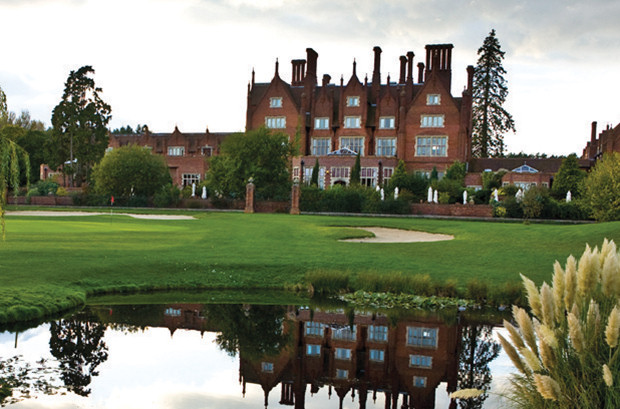 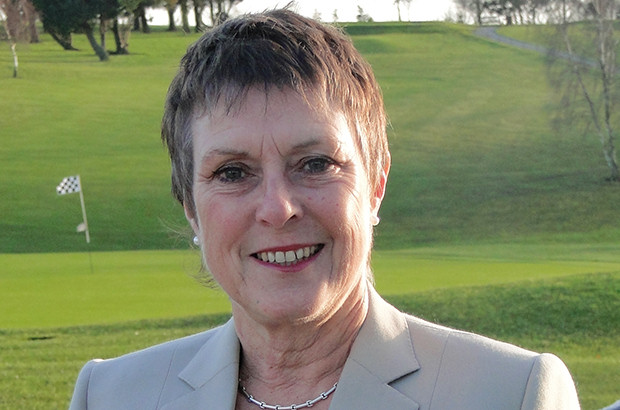 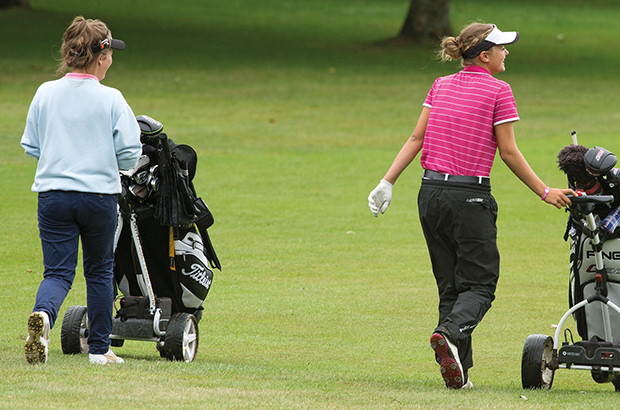