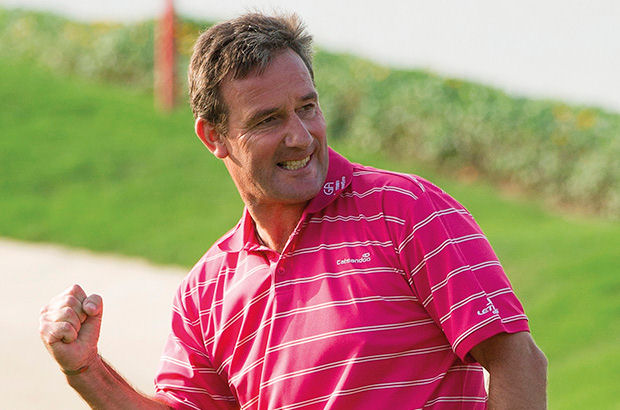 England’s Paul Wesselingh has his sights set on a major win this year after a hugely successful two years on the European Seniors Tour.

Rookie of the year in 2012 and 2013’s Order of Merit winner, Wesselingh has made an instant impact on tour and the 52-year-old has no intentions of slowing down.

“This year I need to do better in the majors,” he said revealed. “The first event this year is a major so I’m trying to find some other events to play in, perhaps out in the Far East so I can be ready.”

Last year was Wesselingh’s first season as a full-time playing professional but he made an instant impact, stunning his rivals with four victories and five top ten finishes on his way to the Order of Merit crown.

He recalled: “Last year, I wasn’t sure how it would go, but I won my first event, defending the ISPS Handa, won two weeks after that and then the last two events.

“It was a crazy year. To win the Order of Merit was a dream come true.

“My aim in 2012 was to stay in the top 30 and keep my card but, after I’d won, it virtually guaranteed me a top ten finish. It was just a case of how high I could go.”

His journey from club pro at Chorley GC in Derbyshire into a potential major winner is one of steady progression at regional and national level, coupled with tireless gym work.

“As I played more and more, getting some success in the regions, wining Order of Merits and playing mini tours, I realised my golf was improving,” he revealed. “Mind you, I worked so hard at it. Running up to the seniors from my mid-40s, I started doing a lot of fitness work - biomechanics, biometrics, working hard with Ben Landown in the PGA. So, when I hit 50, I felt I was ready and able to compete.

“I got my card at the first attempt coming second in the tour school but had a long wait until the first event.

“I qualified at the end of January and the first event wasn’t until the second week of May, so I was just making sure everything was right. I’ve always practised a lot .”

Wesselingh’s newfound success as a senior corresponds with a change in equipment to John Letters irons.

He made the switch after a chance meeting with John Letters staff during a practice session.

“I was using a set of blades I felt were getting too difficult to use and happened to see the John Letters guys on the practice area, and they were fantastic,” he said.

“They fitted me for a set and it was ready on the third day of the British Seniors at Turnberry, so I put them straight in my bag, used them in the last round and shot a 69. I was really pleased with that.

“From then on, we worked closely together and I’ve played with them ever since.

“It’s a fantastic brand and a great company to work with. John Letters is a well-known name in golf - I used to use them years and years ago, when I was an assistant pro. I had great confidence in the equipment.

The John Letters team worked very closely with me to ensure the equipment was right for me and I knew I could always go to them to have anything adjusted - but those irons really are very, very good.”

Wesselingh will hope his clubs serve him as well as they did in 2013 as he looks ahead to a new season and the allure of the major championships. 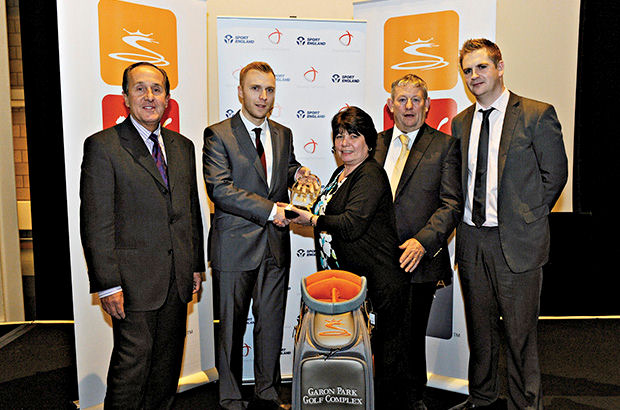 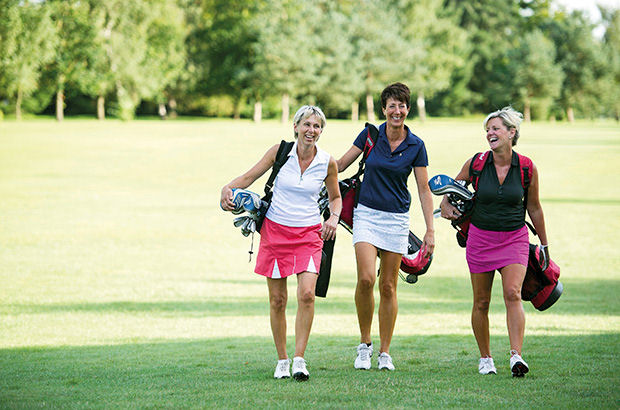 Get into golf records huge upsurge in participation