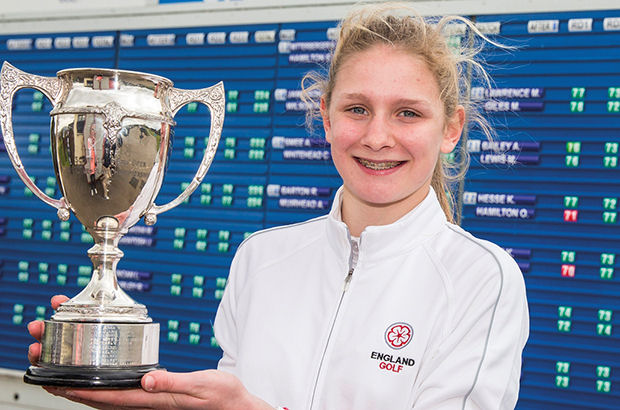 England’s Emily Price made it three wins in the space of ten days as she was crowned the Scottish Girls’ Open Championship winner at Strathmore Golf Centre.

Price, who plays her golf at Cleobury Mortimer Golf Club in Shropshire and is a former English U15 girls’ champion, had followed up her two level-par rounds with a superb three-under-par 69 on the final day.

That score was good enough to get her into a play-off with overnight leader Annabell Fuller of Roehampton, who experienced a comeback of her own during the round.

Fuller, who is only 13-years-old, had found the going tough at the start of her round, slipping down the leaderboard after carding four bogeys on the front nine. She showed resilience, though, and battled away to make four birdies on the back nine to force a play-off when all had seemed lost.

It only took one hole to separate the two in the play-off, with 16-year-old Price holing out for birdie and the win.

“I knew I had to go low to give myself a chance after two solid rounds,” said Price. “Although I didn’t start well with a couple of bogeys in there, I knew there was a chance to go low on the back nine.

“I took the chance, didn’t really make any mistakes and it was a great finish.”

She added “I was nervous but excited about the play-off, so to keep my head and then hole a putt for birdie was just unbelievable and I’m really happy.

“The first win I had was a great start to the season after the winter, then I played better at Formby for the second win. My plan was to come here to finish off all three before I take a break from the game for exams and it’s great to have done that.”

Second-placed Fuller received small consolation as she received the coveted Menzies Trophy as the leading player under the age of 16. Hazel MacGarvie from Troon Ladies was the leading home player in seventh place. 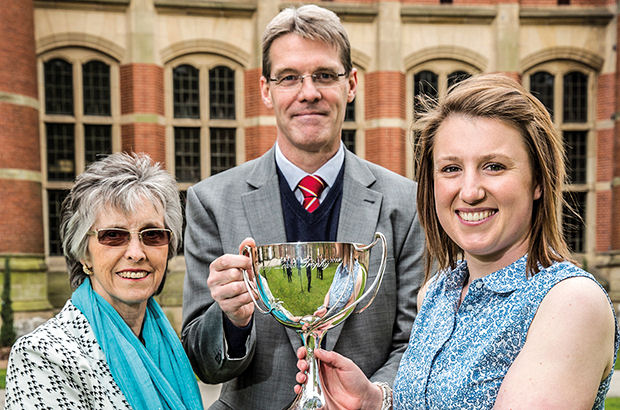 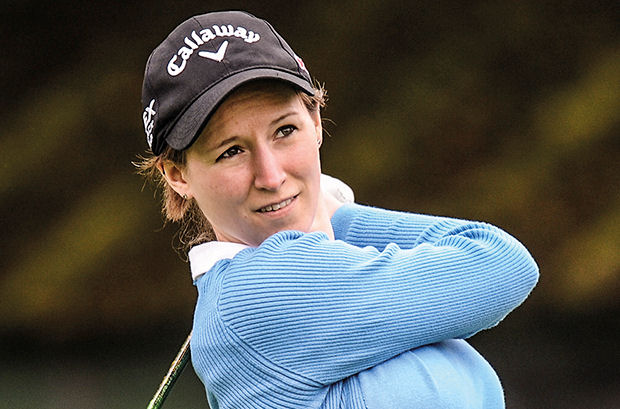