Seven inspirational volunteers, who encourage others to take up and enjoy golf, have been recognised as England Golf’s 2014 ‘Volunteers of the Year’.

Keith Mitchell of Essex; Suzy Smith of Oxfordshire; Mark Knight of Hertfordshire; Lloyd Millwood of Middlesex; Mike Greener of Durham; Fiorella Badin from Surrey; and Lacey Clark of Kent, were all recipients of awards that were presented during a gala dinner at the annual County Golf Development Conference at Staverton Park.

David Joy, the England Golf Chief Executive, said: “Volunteers play a vital role in the development of golf at every level and we are fortunate to have so many dedicated and talented people who readily volunteer at club, county, regional and national levels.

“We are delighted to be recognising the great work of seven inspirational people this year who have done so much to encourage others to take up the game, to play more often and to improve.”

Keith Mitchell of Rochford Hundred GC and Henley’s Suzy Smith were given a Lifetime Achievement Award for Services to Golf.

Mitchell has been volunteering in golf for almost two decades and has helped encourage over 2000 youngsters to get into golf.

His first involvement was at his club, where he played a crucial role in the creation of the thriving cadets’ section and, working with the club’s PGA professional,  started the ‘Hi-Fliers’ to attract and encourage ‘new-to-golf’ children. He has also helped to forge links with local schools to interest more youngsters in golf.

Smith, meanwhile, has made a huge contribution to junior golf within her club, Oxfordshire, and within the Berks, Bucks & Oxon County Golf Partnership.

She has been on the club’s junior committee for 11 years, taking a very active role to encourage children to play golf, and supporting the club professional in his work with juniors. In the last two years alone she’s organised free sessions to give 1200 local school children a taste of golf.

The County Development Award was presented to Mark Knight of Redbourn GC, who spends around 40 hours a week on volunteer work, which include club, county and national roles.

They include being junior organiser at his club and nurturing a section with around 90 youngsters, including a strong girls’ membership. Mark also helped Redbourn achieve the GolfMark High Achiever status and has supported clubs to achieve the award for junior and beginner-friendly facilities.

He helps to run the Hertfordshire Golf Partnership’s junior tours and he’s involved as a volunteer level one coach with the County Academy Programme while also maintaining a key role with Hertfordshire junior leagues.

Pinner Hill’s Lloyd Millwood picked up the Club Development Award, for his work in making the club a recognised centre of development for juniors in Middlesex.

Since he took over as junior organiser in 1996, Millwood has helped grow the junior section at the club and has also created a thriving nursery section of 30 children aged four to eight years.

The Volunteer Coach of the Year award for 2014  was given to Mike Greener of the David Leadbetter Academy in Durham.

Greener is a level one coach who regularly works at the Wynyard Golf Club, supporting the development of the academy.

He helps with the administration of the development programmes for the Durham county men’s squads and has a similar role with the Durham girls’ squad, is also the manager of the England Golf U16 girls’ squad for Yorkshire, and has supported the Durham County Golf Partnership’s County Academy Programme,

Fiorella Badin, a student at Kingston University in Surrey, won the Young Volunteer of the Year (18-25) award.

Badin became a golf activator in 2012 when she came over from Spain to study law at Kingston University, Surrey. She found out about the role at a freshers’ fair and, having played golf in Spain, she was quickly involved.

She has encouraged students to join the golf society and has linked with the local Get into golf centre at Sandown Park where members go for lessons and to play the nine-hole course.

The Under-18 Young Volunteer of the Year prize went to Lacey Clark of West Kent GC.

Lacey, 16, has already won an England Golf Gold Award after volunteering at least 50 hours in her local community.

A member of the Kent girls’ team, with a handicap of six, she is a familiar figure at festivals, in schools and at taster events, where she encourages people of all ages to try the game. She is currently a student activator for golf at Bromley College. 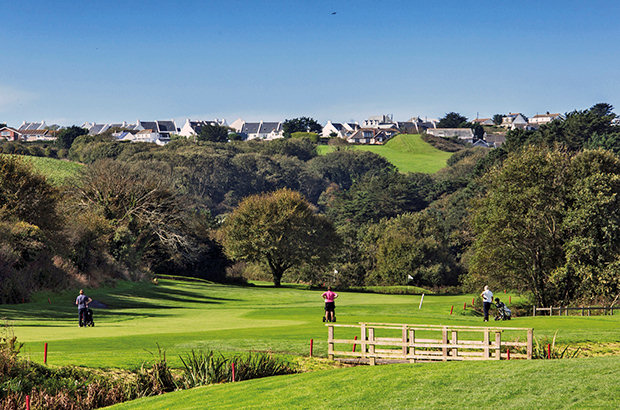 Point at Polzeath set for a brand new lease of life 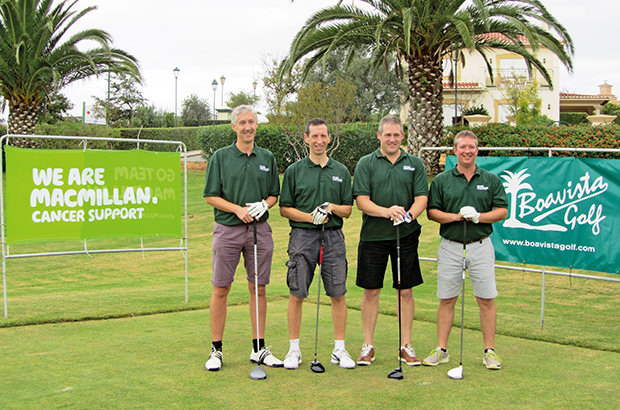