The Shire celebrates ten years with packed summer of events 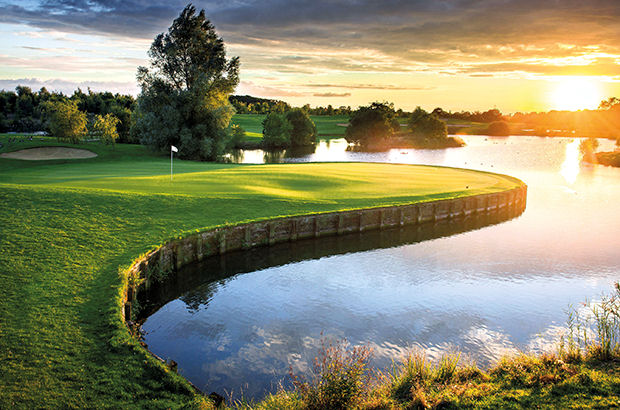 The Shire London is celebrating its tenth anniversary this summer with a number of special events to commemorate the occasion.

Voted as the capital’s number one golf experience in a UK wide poll on Golfshake.com, The Shire London has gained a reputation for providing a high-class, yet inclusive and relaxing golfing environment.

Based near Barnet, north London, the 27-hole facility boasts the only golf course in the UK designed by Seve Ballesteros.

To help celebrate the landmark, the club have organised two events to be staged on the famous course.

First up was a Trevor Nelson Swing 4 golf day - the fourth year running that The Shire has hosted the DJ’s golf party.

The event was open to the public and offered golfers the year’s most relaxed day of the year with no dress code, a DJ and a bar on the course.

Secondly, on Saturday 1 July, is a Members Invitational event where members can invite a guest, enjoy champagne and a meal, as well as compete in a golf tournament with prizes available.

Founder, Tony Menai-Davis, said: “Ten years after we opened in July 2007, we are very happy with the reputation which The Shire London has earned for itself.

“The July 1st event is our heartfelt thank you to our wonderful, loyal members who breathe life and soul every day of the year into The Shire London.

“Seve would have been proud of what The Shire London has become, I am sure, were he able to visit today, and we all feel his enormous presence here at the club every day.”

In March 2017, The Shire London announced that its new Honorary Captain would be European Ryder Cup Captain Thomas Bjorn, and the big Dane is hosting his own golf event there on October 9th – the Thomas Bjorn Trophy, an Open event supported by Callaway and Galvin Green, staged in aid of The Golf Trust and the European Tour Foundation.

And the club also has its own award-winning charity – The Golf Trust – which has risen spectacularly in under five years to become one of Europe’s most powerful drivers of inclusive golf in communities and schools, teaching the sport to approaching a quarter of a million people and showing how golf can be life-enhancing and build self-worth, as well as providing valuable exercise for people of all physical and mental abilities.

Menai-Davis, who runs The Shire with his wife Anne and sons Ceri and Cae, also created the 9-hole West London Golf Centre near Northolt, and will soon open the 18-hole West London Links nearby. The family also recently received planning permission to open The Dye London near Edgware, which will include the UK’s first Dye Designs golf course.

“It has been a huge team effort, certainly by my family, but also by our fabulous hard-working staff at both The Shire and at West London. We are all proud to reach our 10th Anniversary with both venues in such a vibrant state, and I promise that we have plenty of great surprises in store for golfers around London in the next ten years, too!”