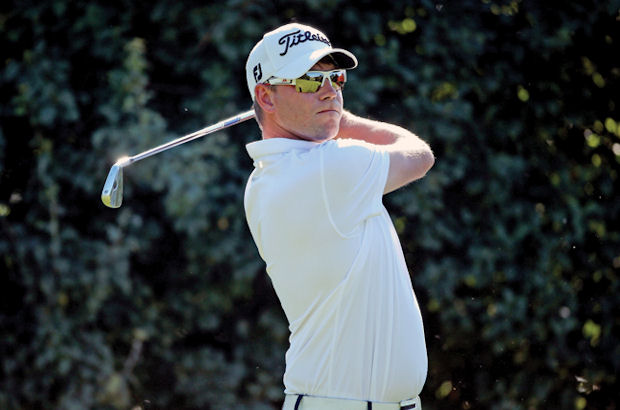 ENGLAND’S Neil Raymond secured victory in the St Andrews Links Trophy, and all but assured himself of a place in the 2013 GB&I Walker Cup team, following a final day birdie blitz at the home of golf.

The 27-year-old Englishman compiled rounds of 72, 73, 68 and 69 for a four-round total of six-under 282, which was good enough for a two-shot victory over compatriots Max Orrin, Ryan Evans and Nathan Kimsey.

Raymond adds the prestigious St Andrews Trophy, sponsored by St Andrews Links global partner Allianz, to the two Brabazon Trophy titles he has won the last two years. He is also the third Englishman to win the title in the last four years.

“To win any international amateur tournament is special, but to do it at St Andrews is extra special,” Raymond said.

“I’ve always wanted to win here. It’s unbelievable. It’s my last time playing this tournament as an amateur and it’s good to go out in style.”

The Englishman began the last two rounds six shots off the pace but had the best 36-hole aggregate score in the field, seven-under, with a barrage of 11 birdies over the final day’s 36 holes, including three on the spin to start the final round.

“I putted lovely today,” Raymond said. “I’ve been working really hard on that part of my game a lot recently and it paid off this week.”

Raymond, a member of the England elite squad had previously lost in the final of the Spanish Amateur and reached the quarter-finals of the Australian Amateur this year.

Orrin would have been in a play-off with Raymond if not for a double-bogey six at the 17th. It was his second double-bogey of the round after another at the second hole. However, he had seven birdies in the round along with two bogeys to give himself a chance.

Orrin was chasing his third win in less than a month and, last year, he made history when he became the first Englishman to win the American Junior Golf Association’s prestigious Thunderbird Invitational.

Ryan Evans, from Wellingborough Golf Club, enjoyed a fantastic week on the Links and was in contention from day one. Holding the halfway lead after rounds of 66 and 73, he remained in the mix until the very end when Raymond’s birdies took him into an unassailable lead.

St Andrews Links director of golf John Grant said: “We have had a fantastic championship. Neil came from several shots back and played very aggressively, netting a great number of birdies to edge ahead and hang on for the title.”