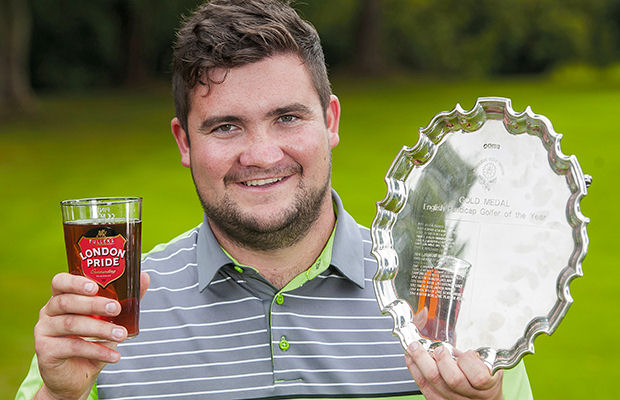 Yorkshire’S Adam Morris has crowned his first year as the member of a golf club with a narrow victory in the Fuller’s London Pride Gold Medal.

The 24-year-old became England’s handicap golfer of the year when he scored 37 points on the Red Course at Frilford Heath in Oxfordshire, pipping Cheshire’s Tony Sharp on countback.

Third place went to Hampshire’s Nick Holloway, 29, whose success sealed a remarkable recovery from a stroke he suffered a year ago. He beat David Allen of Hoebridge on countback after they both scored 36 points.

The championship was played as part of England Golf’s first Golf Week, which celebrated grassroots golf with a five-day festival of events.

Much of the competition was played in a downpour and Morris, an 18-handicapper from Filey, remarked: “I’m pleased, very pleased, especially with the conditions. It will make the four-hour drive home a bit better!”

Morris has enjoyed golf since he was a boy but only began playing seriously when he and a group of friends joined Filey last year, responding to an attractive membership offer. He’s already come down from a handicap of 22 to 18 in his 16 months of membership.

In the Gold Medal, he played steadily and boosted his score with two gross birdies on his back nine.

“I had a friend walking round and caddying and it took a bit of pressure off,” he said. “I just had to try to keep cool and calm. That was the hardest part but it seemed to go all right.”

Tony Sharp, of Vicar’s Cross, is off 19 and produced steady golf on his first appearance in this championship. “I’ve really enjoyed it despite the weather,” he said. “I just got into a rhythm but the course played a lot longer than yesterday.”

He was not disappointed to come second, and said: “I’m delighted. It’s being competitive that’s the thing.”

Nick Holloway from Basingstoke played the most remarkable round of the day, revealing afterwards that he had a stroke last summer and was still in a wheelchair at Christmas.

When he was taken ill, he lost the power of speech and movement, together with the ability to swallow. He was told there was only a 15% chance that he would walk again - but he has gradually recovered and says he is now 97% fit.

He played since he was a boy and held a five-handicap before his stroke, so getting back to golf was one of his priorities.

Early this year, he got started when he hit half a dozen balls with a wedge. “That was all I could manage,” he said, “but I slowly built it up and played my first round in mid-February.”

The next step was to put in cards for his handicap which was re-allocated at 20 and which he has already reduced to 15. He’s lost about 20% of his length and finds the short game challenging because of loss of feel but remains determined. “I have played a lot of competitive golf in the past and now it’s all about getting back into that mentality.” 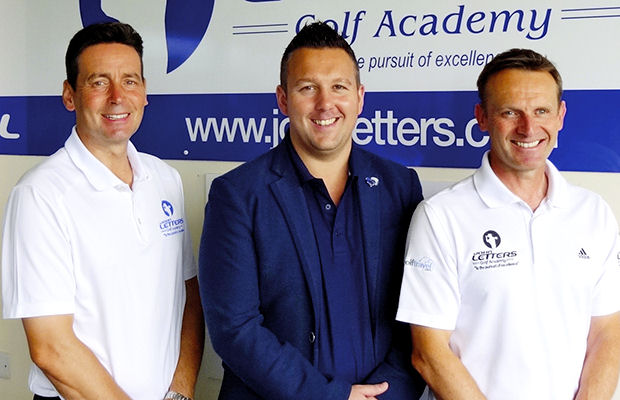 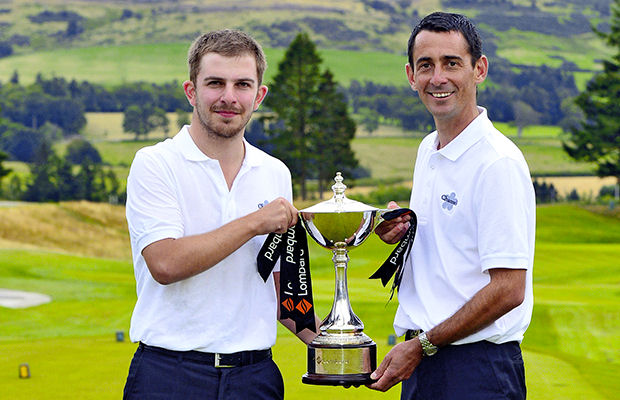