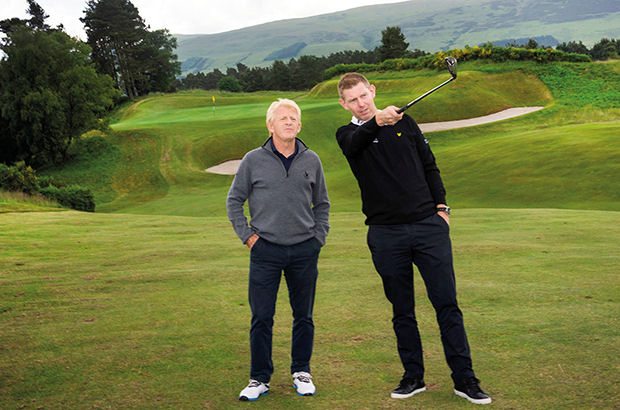 One of Scotland’s most iconic golf courses, The King’s Course at Gleneagles, has been relaunched following an extensive development programme to restore the course to its original glory.

Scotland football manager, Gordon Strachan, and European Tour star Stephen Gallacher - who played his first tournament on The King’s Course at the Bell’s Scottish Open in 1993 - teed off on the first hole of the course to lead the celebrations.

The James Braid-designed course is due to celebrate its 100th birthday in 2019.

Famed for hosting the very first match between British and American professionals in 1921 - in an event that was the precursor to what became The Ryder Cup - the historic course has also attracted a host of celebrities over the years, including Bing Crosbie, Sir Sean Connery and Sir Jackie Stewart.

He said: “We’ve taken the course back to how it would have been in Braid’s day.  I started here in 1980 but by the end of that decade we had begun to change the whole character of The King’s Course to meet golfers’ expectations at that time.

“We started contouring and reshaping until the fairways got really narrow.  The original bunkers within the fairways ended up sitting in the rough which meant the approaches became so tight that golfers had to fly the ball onto the greens. There was a surge in demand for this type of play at the time.”

The recent King’s Course restoration project, which has seen the fairways increase from 10 hectares to 14 hectares, has reversed most of these changes from the late 1980s.

English Club Golfer played the new design recently, with editor Bryce Ritchie describing the changes as “stunning”. He added: “It’s the most ‘fun’ golf course I’ve played in years and I wish all courses would follow its lead.”