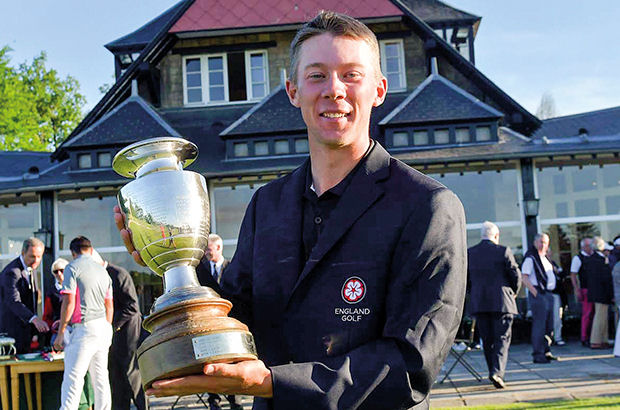 ENGLAND’S Josh Hilleard captured the French Amateur Championship in brilliant fashion, charging 18 places up the leaderboard in the final round then winning the title in a play-off.

England international Hilleard was one-over after 54 holes and eight off the lead, when he shot a seven-under 64 in the fourth round at Chantilly.

It included a stunning run of four consecutive birdies and an eagle, which started on the fourth, and it catapulted him into a tie with Pierre Pineau of France, who also charged to the top with a closing 66.

On the first play-off hole, the short 16th, Pineau had a putt to win, but his ball lacked speed and missed on the low side. They continued to the par-4 17th where Somerset man Hilleard managed a textbook par, which gave him the title after the Frenchman found sand with his tee shot and was unable to match him.

“This is a massive thrill, more than you can imagine,” said the 20-year-old Hilleard. “You might hope one day to win from however far behind I was, but you know it’s not going to happen that often. It’s a very big confidence boost.”

Incidentally, Hilleard’s victory sees him become the first Englishman to win the title, going one better than England team-mate Marco Penge who forced a play-off in last year’s championship, only to lose to Ivan Cantero of Spain. 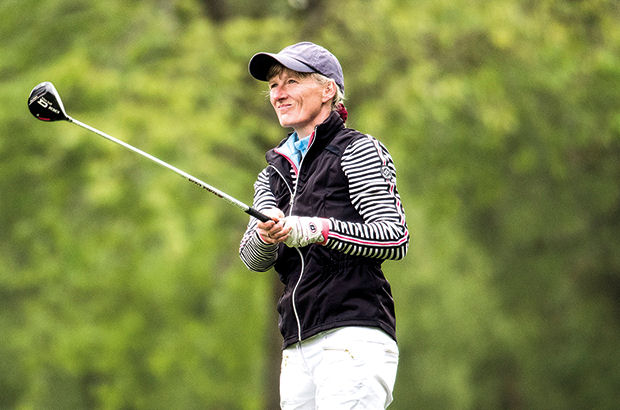 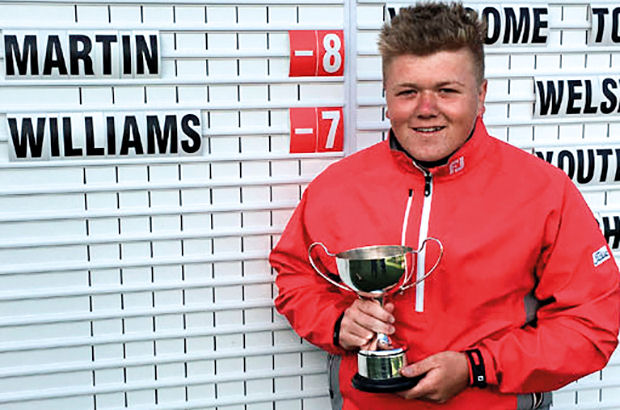