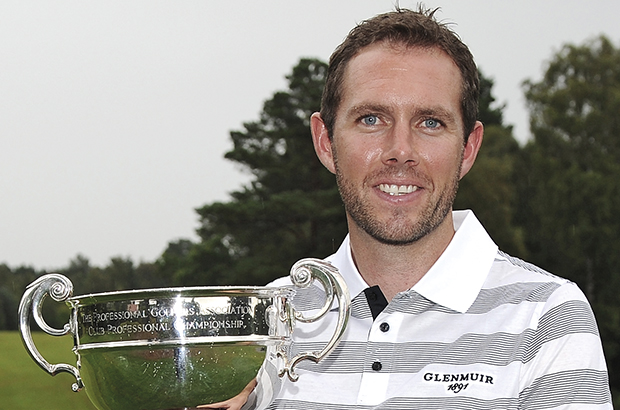 DEBUTANT Chris McDonnell  captured the biggest win of his career after claiming the Glenmuir PGA Professional Championship at Blairgowrie.

The former Hexham assistant, now working for Troon Golf Management, almost threw it away on the final two holes – following  a suspension for rain – dropping shots on each to leave him on 11-under-par.

That opened the door for fellow tournament first timer Jason Levermore. However,  the Channels professional could only par the final two holes and was left to settle for second, one shot behind McDonnell, after closing with a two-under-par 70.

Third place went to Bulwell Forest’s Andrew Willey, who was competing in his first event since 2004. He finished on nine-under-par, having been one of a number of players to top the leaderboard on the final day.

But nothing could halt McDonnell, who earlier in the summer won the equivalent Austrian tournament. He was a model of consistency throughout the week, with three rounds of 69 and one of 70.

Victory secured the 32-year-old a veritable treasure chest of £10,000, the use of Peugeot car for a year from the sponsors, plus a place in the end-of-season Titleist PGA Play-Offs in Turkey.

He is also in a strong position to qualify for next year’s Great Britain and Ireland PGA Cup team, which will take on the USA in California.

“Happy days,” was the immediate reaction of McDonnell, who admitted the rain break could have cost him the title.

“It definitely affected me as I had time to think. You start to cool down and you’re out of your rhythm and then you start to think about what you need to do.

“I got back out there and it was difficult to get a rhythm going. I thought the green on 17 was going to be a bit slower after the rain but it was actually quicker and I made bogey and just got over the line on the last.

“Before that, I played fantastic golf. I hit the ball well, putted well and just got off to a fantastic start. I was four-under after nine and I didn’t look at a leaderboard until after the ninth. I saw that I was a couple of shots ahead and played some great golf coming in. It was just a shame about the last two holes.

“I recently won the Austrian PGA title but this tops that one as this is definitely the biggest win of my career.”

He, too, had a consistent display, hitting 17 greens, but just couldn’t buy a putt to retain his advantage. However, he was more than satisfied with his performance and the  return on his week’s work.

“If someone had offered me second at the start of the week, I would have taken it,” he said. “I’m lying second in the East region with two events to go, so was in with a chance  of reaching the play-offs that way, but this takes all the pressure off.

“After leading last night, I was quite nervous going into the start, so I was quite pleased with how I played. I’ve not won a big event before, so it was nice to be up there on my own, in with a shout and still play well.

“I had one bogey and had a real steady back nine but just didn’t hole anything. On the last, I saw that Chris had made five and I had a good tee shot on the 18th. I thought my approach shot would come out low and chase up the green but it just didn’t get up the second tier. When it ended up back at the front, I knew it was about two good putts and finishing second and getting the play-off.”

Willey, who took up his post at Bulwell earlier this year after a long spell on tour, was content with his week but vowed to come back and improve on his showing.

“I got off to a great start today, eagling  the first before I birdied the third. Chris  was playing well, too, so we were having  a good match. Towards the end, I didn’t  quite hole the putts. I’m naturally disappointed at the outcome but pleased with the week. Hopefully, I can progress from here and do well next year.” 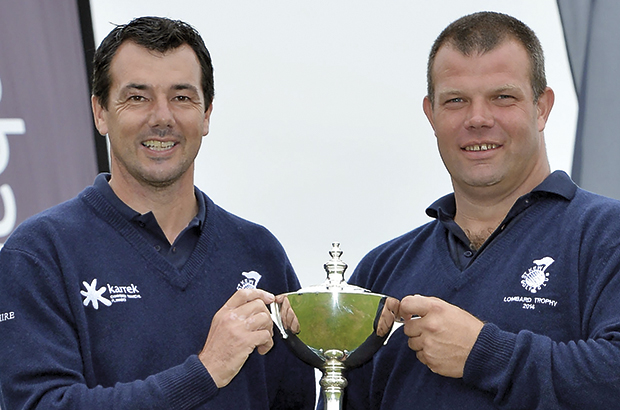