Ellis ready to make the most of major opportunity 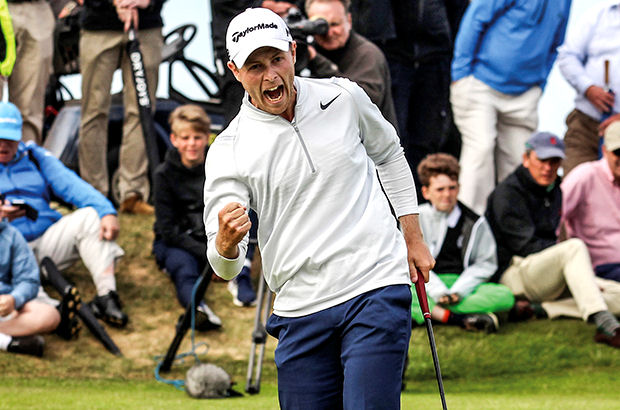 HARRY ELLIS battled back from four holes down with five to play against Australian Dylan Perry to win the 122nd Amateur Championship at Royal St George’s - and the reward for the 21-year-old’s efforts is the chance to play in three majors; the up-coming Open Championship at Royal Birkdale, the Masters at Augusta in April next year and the US Open at Shinnecock Hills in June next year.

The size of the achievement is certainly not lost on the young man from Meon Valley.

“(The Open) is very soon,” said Ellis, who became the youngest player to win the English Amateur Championship aged just 16 in 2012. “Obviously, it’s on another links course at Royal Birkdale so we will see how we go. I just want to soak up the experience there and get as much from it as I possibly can.

“It has always been a dream to play in majors and I get to play in three now. My game is in a good place so hopefully I can do something there. For me I just want to soak it in.”

The 21-year-old followed in the footsteps of his former Hampshire teammate, 2016 Amateur champ Scott Gregory, to lift the trophy in a dramatic match that went to the 38th hole. And he says he’s learned from Gregory’s experience and will make the most of being based in America.

“I’ve seen Scott’s year and I’ve seen how he’s taken the opportunity with both hands. For me I think I am still in a perfect environment because I’ll be protected when I go back to the states a little bit.

“Being four and a half hours away from Augusta couldn’t be any better preparation for the Masters, really.”

The match was extremely close for most of the day and the first 18 holes were nip and tuck with neither player able to build more than a one hole lead. The match was all square going into the afternoon and although Ellis won the 20th hole with a birdie three it was the Australian who seized the initiative.

Perry, who recently won the Riversdale Cup in his homeland, won four consecutive holes from the 22nd to go 3-up, before winning the 27th with a par to give him a commanding four hole lead with nine to play.

Perry and Ellis continued to trade holes but the Australian maintained his four-hole lead as the pair approached the 32nd hole. With only five holes to play Ellis’ second shot came within inches of going out of bounds. Perry, however, found trouble in a bunker and Ellis seized his opportunity to hole a putt for par and win the hole.

That gave Ellis a lift and, after halving the next, he kept his nerve to win the next two holes. On the 36th green, Perry missed a ten footer to win and the match went to extra holes.

Stepping up to the first tee at Royal St George’s for the third time, both players played cautiously and halved the hole in par but the match was brought to a dramatic conclusion on the next.

At the par-4 38th hole, Ellis was through the green in two and chipped to four feet while Perry, after hitting his second shot into a deep swail from which he struggled to escape, was on the green in four. When he missed his 8ft putt for bogey, Ellis had two putts for the championship but required only one to seal a memorable comeback victory.

“It’s unbelievable,” added Ellis. “I can’t believe what I have just done but you should never give up and never give in. I just kept giving myself chances down the stretch and luckily played much better than I had all day and somehow it was good enough that we had to go to the 38th hole.

“I didn’t think I was ever done but I knew the task was getting tougher and tougher, especially after I missed the par on the 13th to go four down with five to play. It was always going to be a tough task but 14 was quite pivotal.

The young Englishman, whose mother passed away four years ago, said he probably wasn’t ready for the drama attached to winning the English Amateur at the age of 16 – but that he was more ready now to deal with the pressure of what is a massive victory.

“My life tried to change at 16 when I won the English Amateur but I think at 21 I’m ready for it. I understand what is going to be ahead. Really, I just appreciate life a lot more, you know the story behind everything and I’ve got to put it into perspective. Golf is an up and down game – it gives you some really bad times and it give you some really great times like today and just got to take the rough with the smooth.”

Perry said he was “a bit bummed” at losing but said he would do his best to “take the positives” from what was a sore loss.

“I played good all day and then down the stretch – that’s what the pressure does to some people,” said Perry. “I hit a few good putts and had a nice few holes but it obviously just wasn’t meant to be. Congratulations to him, he played well down the stretch so good on him.”

The 123rd Amateur Championship will be played at Royal Aberdeen and Murcar Links on June 18-23, 2018. 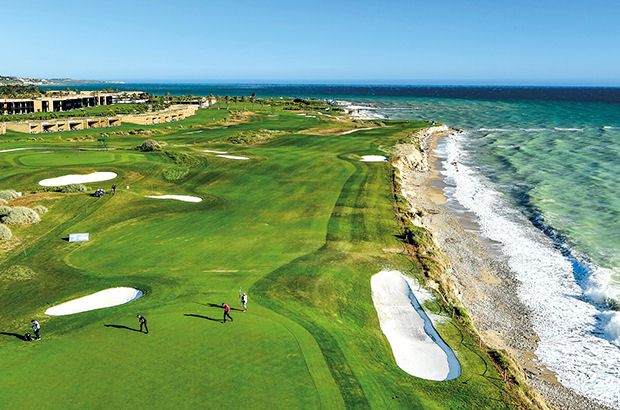 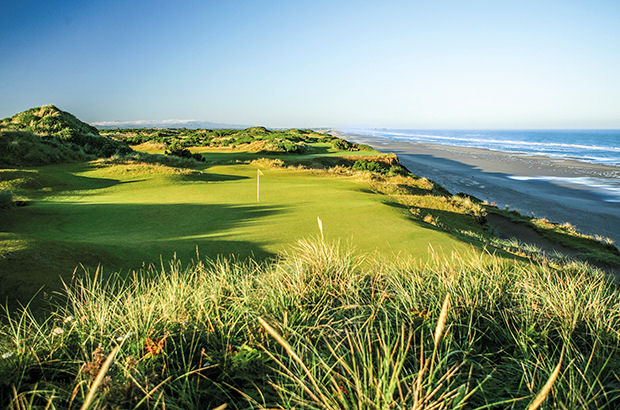