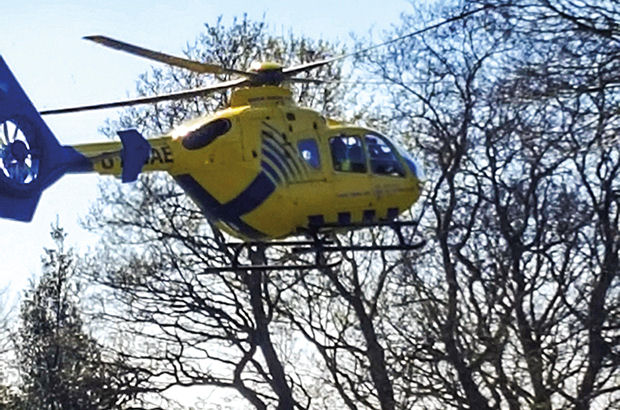 A very rare incident happened at Disley Golf Club during a Saturday singles Stableford which has got their members wondering if it is a world’s first.

Due to a road traffic accident, the Air Ambulance helicopter was deployed and, needing to land as close as possible to the incident, the pilot decided to land on the course just behind the refreshment hut by the side of the ninth green.

Having landed safely, the pilot shut down the engine and availed himself of the adjacent facility, having a coffee and bacon butty.

He explained to the many curious golfers that he was awaiting instructions to see if he was needed or whether the road ambulance could cope with the casualties.

After a short time, he was informed that he was not required so he returned to the helicopter and started the engine. Once this happened, the golfers already at the hut, plus a threeball who had played their approach shots on to the ninth green, all stopped to watch the take off.

Because of the close proximity of the trees, this was a cautious affair and, as it reached a height of about 100 feet, it hovered directly over the gree, at which point the down-draught was so great that everyone retreated into the hut for cover.

It was with some amusement that they watched bags, trolleys and anything else not fastened down being blown away.

Geoff Gable, the Disley Director of Golf takes up the story: “At this point, William Henderson, one of the players whose ball was on the ninth green, was waiting to play a very tricky putt - 25 feet downhill right to left - when he noticed that his ball was moving and as it gathered pace it was obvious that the only thing that was going to stop it being blown off the green was the hole.

“Sure enough, it went in like the proverbial ‘rat up a drainpipe’.

“Mr Henderson’s problem now is trying to find someone to play with. Some members are complaining ‘you can’t play against luck like that’, others questioning whether the pilot was a relative and worst of all his partners refusing to pay him his ‘birdie money’. If he thinks that he’ll get it, my advice is ‘don’t hold your breath!” 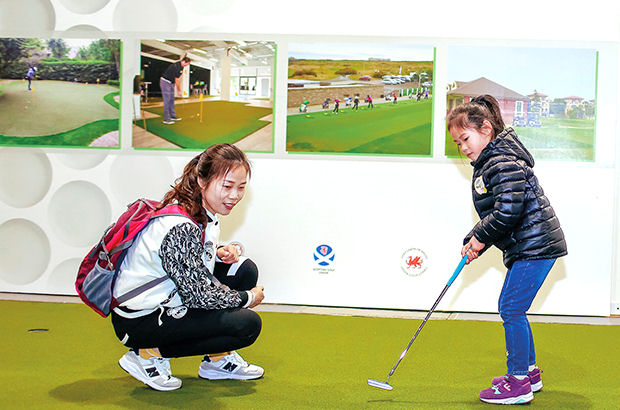