Pioneering event in the South West helps 1,200 ‘Get into golf’

OVER 1,200 people grabbed the chance to ‘Get into golf’ during the hugely successful Devon Golf Month.

They were inspired by roadshows in Torbay, Barnstaple, Plymouth and at the Devon County Show, by free taster sessions at clubs across the county, club open days and the offer of low-cost coaching opportunities with PGA professionals.

The month was organised by the Devon Golf Partnership, which works to grow the game in the county, and it supported the national Get into golf campaign. The numbers were up on last year’s event when around 900 people tried the game.

Craig Townsend, the county development officer, commented: “We had a fantastic month and encouraged about 1230 people

to have a go at golf. About 300 of them are going on to take follow-up coaching opportunities and that’s really good news.

“Golf is a great game for everyone who enjoys friendship, fresh air and exercise and it’s never been easier to get started.”

• A town centre taster session organised by Dainton Park Golf Club attracted 22 people - and every single one signed up for coaching to learn the basics of the game. The club was also invited to take part in last weekend’s Newton Abbott Street Festival.

• A group of women from a beauty and hairdressing salon took a taster with PGA professional Tiffany MacKenzie at Saunton Golf Club in North Devon. She’s also attracted interest from a local netball team.

• Five clubs and golf facilities in the Torbay area supported roadshow events at South Devon College, Paignton and Torquay and all signed up new players for coaching with PGA professionals.

The Golf Month built on earlier successes achieved by the Partnership. The latest County Golf Partnership Impact Report, produced by England Golf, shows that Devon involved over 2100 people in tasters and coaching in the year to the end of March 2013. This includes a rapidly growing project to involve students at college and university. Nationally, the network of CGPs encouraged over 86,000 people to get into golf.

For more information about the Get into golf campaign, log-on to  getintogolf.org 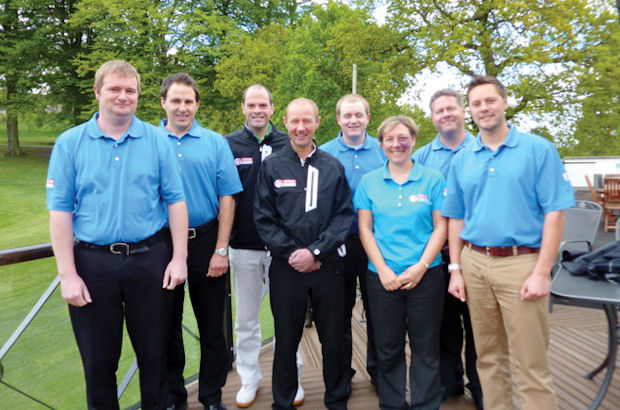