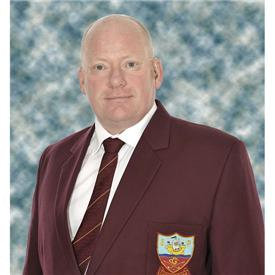 A Cheshire golfer who was born deaf has just made history by becoming a golf club captain.

Peter Baker, the new captain at Ellesmere Port Golf Club, is thought to be the first pre lingual deaf person to hold the office – someone who was either born deaf or became deaf before learning to speak.

“I’m really proud of becoming captain of Ellesmere Port Golf Club and becoming the being the first deaf-from-childhood person to captain a mainstream club,” he said.

“I would advise any deaf golfer to get on the club committee and help out and show the hearing world that we are equal as them,” he added.

Jamie Blair, the England Golf Disability Officer, commented: “England Golf would like to congratulate Peter and wish him success in his role as captain of his club.

Ellesmere Port Golf Club secretary Dave Sewell outlined the challenges which Peter has faced, including communication barriers with his teammates, competitors, club officials – and the particular problem of not knowing when another player has shouted a warning ‘fore.’ But he commented: “Being deaf is certainly not a barrier to Peter as he seems to take everything in his stride.

“He fully deserves his appointment, he is a truly remarkable, popular and inspirational member of the golf club and the members are very proud of him.”

He added: “With Peter’s help, we at Ellesmere Port will continue to work to emphasise the importance of equality and diversity within golf.”

When Peter became captain he asked his playing partner, and club treasurer, Mike Smith, to read his speech for him. “He’s my spokesman and sorts out any problems for me, but I’m hoping I can manage to solve things for myself. People understand me and during committee meetings everyone talks slowly,” he commented.

Peter has been a sportsman all his life although his mainstream running and cricket ambitions were thwarted by his deafness. However, he has represented Great Britain at athletics in deaf European and world championships and Olympics. He’s also run from John o’Groats to Lands End and in the New York marathon.