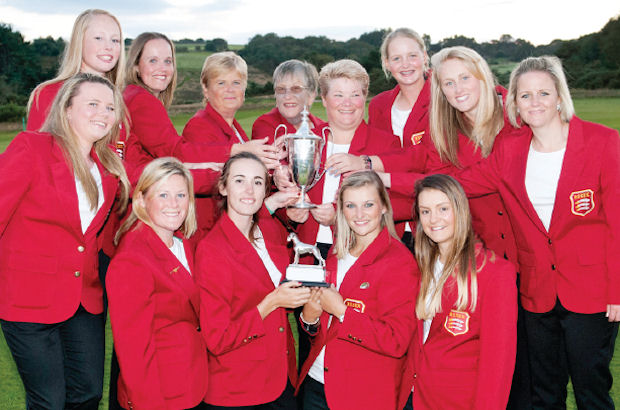 ESSEX are England’s champion county for the first time in 33 years. They won the title by a tiny margin on countback at the
end of a tense but exciting finale to women's County Finals at East Devon Golf Club.

County captain Amanda Colegate-Herbert said: “What a great team, I can’t say how wonderful they are – but they do like to make things nerve wracking!

It came on a day which began with many possible outcomes and which had spectators wishing for calculators as they totted up games won and lost.

RECKONING
Essex were in the driving seat at the start of play. They were tournament leaders with three-and-a-half points from four matches and a win or a halved match against opponents, Lancashire, would mean victory. But a loss would force a countback - and if Gloucestershire beat their opponents, Surrey, they would also be involved in the reckoning.

Lancashire came out all guns blazing and won all three morning foursomes to put the pressure on. But Essex rallied in the singles and although they were beaten on the day, the margin of 5½-3½ was just in their favour. Both teams had 3½ points from the week’s five matches and when it came to the countback of game points, including halved games, Essex had amassed 26½, while Lancashire had 26.

Amanda paid particular tribute to the half point won this afternoon by Ashleigh Greenham, who birdied the last hole to draw level in her match. “Everyone contributed and there were lot outstanding points during the week, but that was a great result under pressure,” she said.

PROUD
Among the spectators watching the Essex victory were two players who were members of the team which won the 1979 title: Pat Garner and Philippa Deman.

Lancashire finished the week as runners-up and county captain Val Moran said: “While the team are disappointed we are very proud of their performance and we’ve been delighted by the play of some of the younger members who we have brought into the team. It’s been a wonderful week.”

In the day’s other match, Lincolnshire – the 2011 champions – overcame Buckinghamshire 9-0. Captain Cindy Ireland said: “It was a great win to end the week. We’ll go home feeling buoyed up and that we’ve done Lancashire proud.” 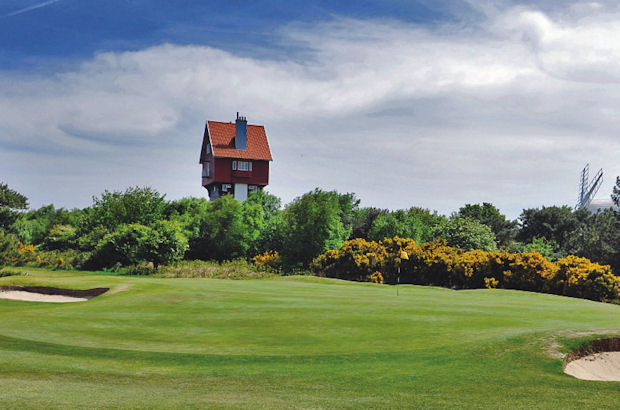 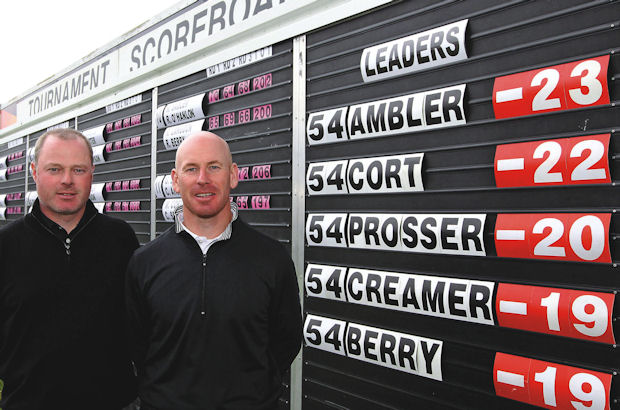 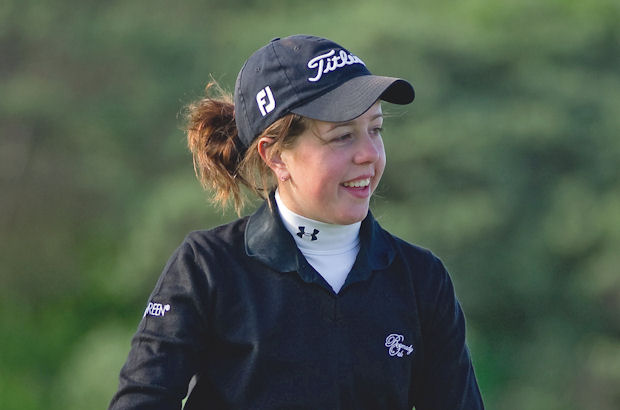