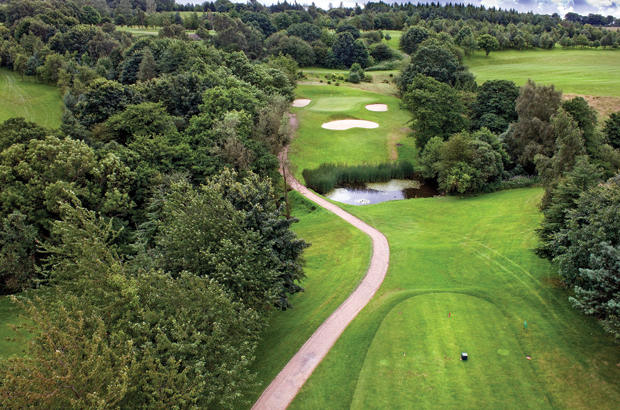 MOOR ALLERTON Golf Club in Leeds is reflecting on a 90th anniversary year that has been one to remember.

The captain’s drive-in kicked off the season in great style with captain Marshall Newman dressing in golf attire of the 1920s.

This was closely followed by a ‘Hickory Shaft Challenge’, played against the British Golf Collectors’ Society. Again, 1920s dress was the theme of the event, with Moor Allerton narrowly beating the society.

Throughout the year there have been many other events, plus the club was awarded the GolfMark award accreditation, high achiever status, demonstrating its outstanding work with, and dedication to, both junior and beginner golfers. There are just 165 golf clubs in England with the award and just 11 to date in Yorkshire. High achiever status is the highest accolade that can be awarded.

The recent hosting of the PGA EuroPro Tour saw five days of excellent golf played at Moor Allerton by over 100 professionals from Europe, covered by Sky Sports. The PGA and the professionals alike were very impressed by the course and the facilities and it looks like the event is returning next year.

All of this success has meant that interest in membership, corporate and society days is at an all time high, particularly as the offer of ‘pay 90% in the 90th year’ is still available until the end of the year. One of the club’s more famous members, former England cricketer Geoffrey Boycott, said: “It’s a fantastic club, really wonderful. Robert Trent Jones Snr designed the course and he has given people an excellent test of golf.”

Paul Collins, Sales & Marketing Director, added “Whilst this has certainly been an outstanding year for us, we are not resting on our laurels. There are many new plans afoot and we are constantly looking at ways to make the golfing experience at Moor Allerton even more memorable.”

As Peter Alliss, a previous professional at the club, once said, ‘Moor Allerton is a golfing experience larger than life’.

Lancashire Partnership is up and running