Change of course pays off for Davies 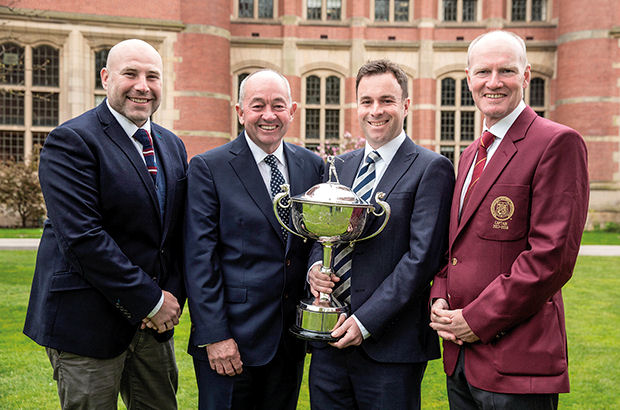 Sheffield professional Gareth Davies is proving life begins at ‘almost’ 40 after changing the direction of his career from playing to coaching.

The 39-year-old, who is head teaching pro at Abbeydale GC in Sheffield, has been named the Titleist PGA Assistant of the Year.

In recognition of his achievement, Davies collected the Whitcombe Cox Trophy and a cheque for £3,500 from Jeremy Tomlinson, managing director Acushnet EMEA, and PGA Master Professional Denis Pugh, the guest of honour at the PGA Graduation Ceremony at the University of Birmingham.Christopher Hamilton (Wyke Green) was second and James Harper (The Wynyard) third.

Myerscough’s Michael Lander was top of Year Two while Ben Wilkinson (Royal Winchester) won the Rookie of the Year award.

Davies joined the pro ranks in 2001 after playing for England and Yorkshire and competed on the EuroPro, Sunshine and European Challenge tours - winning twice on the latter – but says he reached a point where he realised he had to take his career in another direction. As a result, he enrolled in PGA training.

“I enjoy coaching at Abbeydale,” he said. “We are really moving things forward by expanding the junior programmes through our coaching initiatives.

“I’m still playing but not since last November because I suffered another back injury and that’s been very frustrating. I’ve just got my registration accepted so we will see how it goes.”